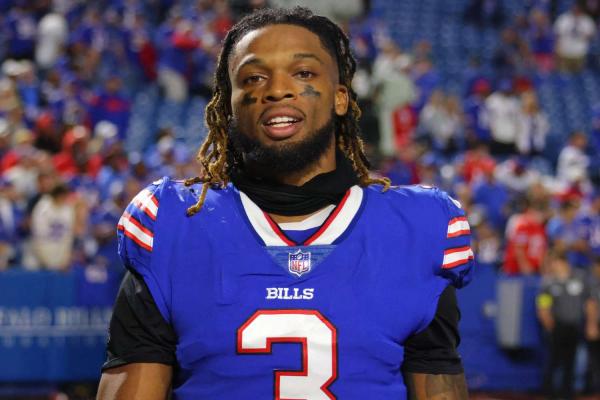 After Damar Hamlin’s tragic football injury, there was renewed interest in the safety and appropriateness of tackle football.

OSU sociology PhD candidate Mariah Warner and associate professor Chris Knoester have done cutting-edge research on public opinion about this topic. Warner is a 2022-23 OSU Sports and Society Initiative Graduate Student Research Grant awardee, Knoester is SSI’s Research Chair. They have used data from the National Sports and Society Survey for their work—which was supported by SSI.

In their published work, they draw on information from nearly 4,000 U.S. adults and find that just over half of Americans believe that tackle football is not an appropriate sport for kids, now—but about 45% agree that it is appropriate.

They also find that social structural positions in society (e.g., gender, race/ethnicity, social class), traditionalist ideologies and group affiliations, and sports-related values and contexts, including thoughts about football and immersions in its cultures, seem to be particularly meaningful in swaying attitudes about the appropriateness of tackle football.

In a recent article in The Hill, Warner was quoted as noting that: “It’s not just your gender, just your race or just your class, or whether you played football, but a lot of those things in combination with each other,” that appear to affect attitudes.

But, they are skeptical about the extent to which even horrific football injuries, like Hamlin’s, will markedly sway public opinion about football. They point to the enormous popularity of the sport, its connection to American-ness, and its perceived roles in bringing people together, building character, motivating athletes to train, and even turning boys into men, offering social status and mobility opportunities, and being seen as an antidote to Americans becoming ‘too soft.’

Still, Knoester has suggested that opinions may yet continue to change and there may be more concerted efforts to move away from football and celebrate other sports.

Regardless, Warner and Knoester highlight the importance of thoughtfully critiquing football and recognizing how the social contexts we are immersed in shape our attitudes and practices involving the game. Then, we can more appropriately evaluate what is going on and work together to prioritize the health and well-being of those who do not get involved in football as well as the health and well-being of football participants.

For more on the work and views of Warner and Knoester, see the original OSU Research News release on their study, their appearance on WOSU’s All Sides with Ann Fisher, and their op-ed in the Columbus Dispatch.