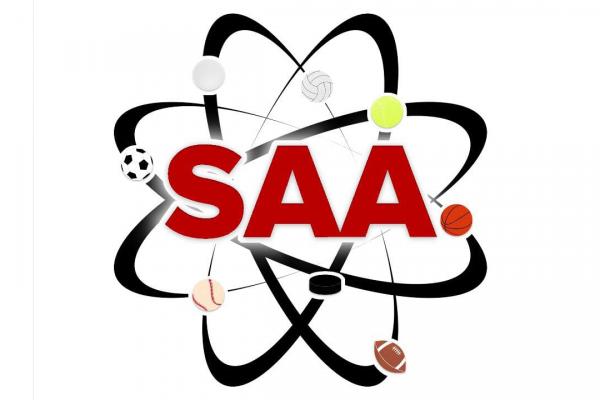 The conference, presented by the Sports Analytics Association in conjunction with SSI, and all panels were moderated by students or advisors of SAA and SSI.

Friday morning began with Nick Elam on campus to share the analytics behind the Elam Ending. Next, 14 student groups presented their sports analytics research in a hybrid of online and in-person formats.

Our hockey panel featured three different perspectives of the state of hockey analytics. Alison Lukan (Seattle Kraken) writes data-driven stories. Namita Nandakumar, senior quantitative analyst for the Seattle Kraken, discussed her experiences running the analytics for the expansion team after some time in the NFL. Katerina Wu is a recent college graduate at the start of a promising career currently with the Pittsburgh Penguins. SAA Vice-president Trenton Butz moderated the discussion.

The media panel, our final panel of the day, brought back Alison Lukan with Vince Doria (former director of news at ESPN) and Sara Ziegler (Sports Editor 538.com). The group discussed the evolution of analytics in sports media and the presentation of data to general audiences. Associate Professor of Clinical Communication Nicole Kraft, director of the Sports and Society Initiative, served as moderator of the panel.

Bill Zito, general manager of the Florida Panthers, joined Fisher College of Business Clinical Associate Professor John Draper, SAA co-advisor, for a conversation on player evaluation and contracts, citing experience as both an agent and a general manager.

The final event of the day featured Minnesota Viking’s general manager Rick Spielman interviewed by Ryan Ruddy, SAA co-advisor and senior lecturer in economics. Those that made it to the end of the day were rewarded with an incredibly candid description of the Viking’s use of analytics in player evaluation and the workload of an NFL GM.

The SAA and SSI will continue to bring such programming in the future keep apprised of upcoming events by following us on Twitter: @OSU_SAA and @SportsSociety.